Our Top 5 Oldest & Most Inspiring Historic Sites In The Algarve

Posted in History, Places of Interest, Tourism On November 18, 2022

The Algarve’s history date back to the Stone Age so we are lucky to have so much interesting history to explore. Here we look at some of the oldest and some of the more obscure historical sites that can be found in this wonderful part of the world.

The Number One Without Any Doubt – The Algarve

The oldest remains that can be found in the Algarve are possibly some of the most stunning and beautiful to be found in the modern world. The location of this well-kept secret lay undiscovered by the mainstream until 1960 when the first overseas tourist started to arrive.

We are of course talking about the land itself. A region blessed with some 300 days of sunshine every year with the most welcoming people in Portuguese you could wish for. It really is one of the wonders of the world with beauty beyond compare.

Providing a lifestyle of tranquillity and peace it’s no wonder millions of tourists flock to see this wondrous place and more and more people are relocating to the Algarve.

Some excavations indicate the possibility of human occupation in the Algarve could date back as long as 10,000 years ago to the Palaeolithic period or old stone age when Europe and Africa were joined together.

However the oldest monuments and remains are found in a number of menhirs or upright stones, some stand-alone, some are in groups provide to be one of the most important pointers of the old stone age past and were discovered in both Raposeira in Vila do Bispo and Alcoutim areas of the Algarve. 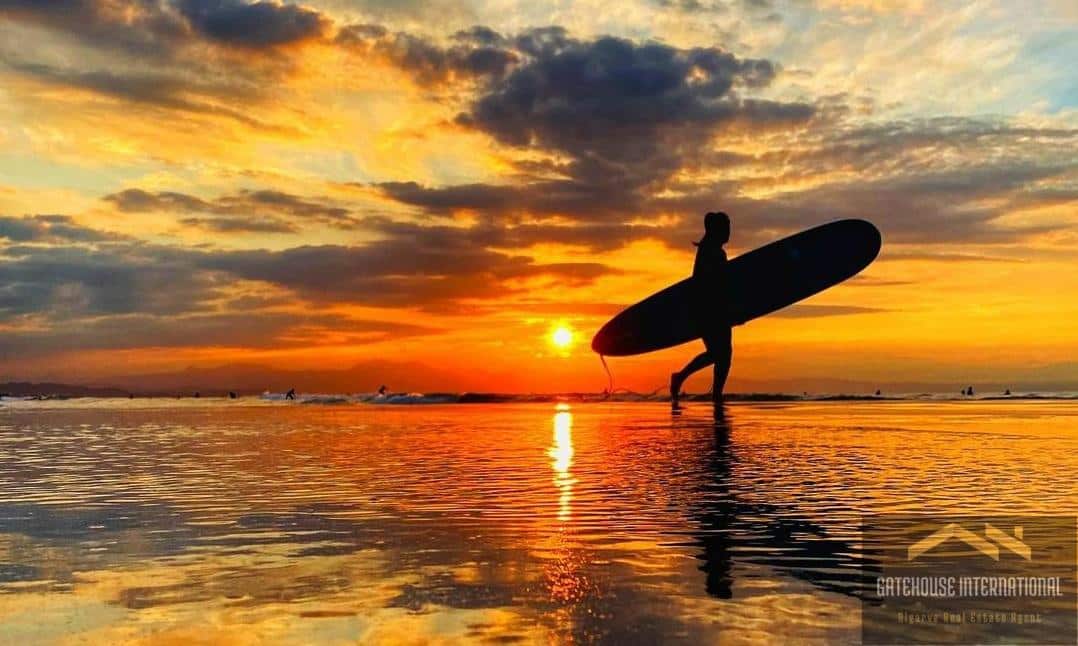 The Menhirs of Lavajo – Alcoutim

These kinds of structures were territorial marks or defined sacred places from the Late Neolithic or Chalcolithic period and were constructed sometime between 4000 and 2800 B.C.

The Menhirs of Lavajo can be found about 1.5 km northeast of the village of Afonso Vicente near Alcoutim. They were built on top of a small hill and were only discovered in 1992.

Part of an aligned group of megalithic religious structures they consist of three carved menhirs, the largest decorated with carvings and circles.

The tallest of the stones is Lavajo I and stands some 3.14 metres (10.3 ft) high. With a dark grey phallic-type structure, its surface has been stained brown.

The carvings are decorated along a horizontal groove with circles and other shapes. The other two menhirs Lavajo II were built about 250 metres (820 ft) away and are decorated in a similar way. One has the circle perforated.

Although to be truthful it is just three big rocks standing on end it is quite an eerie place and really gives you the feeling of an earlier presence. If you are in the area it is well worth a visit.

The Menhirs do Padrão & Milrei – Raposeira

Menhirs do Padrão are much bigger than those at Alcoutim and are a group composed of fifteen menhirs, originally forming a cromlech, stones placed horizontally on top of vertical ones similar to Stonehenge, which has unfortunately since been destroyed.

The Menhirs do Padrão can be found in the Padrão area, close to Praia da Ingrina and south of the village of Raposeira.

About a kilometre away you can find the Menhirs of Milrei which consists of a group of twenty-five menhirs, limestone rocks laid flat on the ground and also have some ancient carvings.

The main stone is located along the road between Raposeira and Praia da Ingrina. Each of the other menhirs was strategically placed on top of hills commanding a view of the surrounding coastal area as far as Sagres

They were all carved in white limestone and phallic in shape with variable heights between 0.65 and 3 m tall.

Some of the menhirs have decorative elements, consisting of dimples and cords. The Menhir of Padrão is the only one that is erected, while all the others are fallen, and some are fragmented.

Again we should point out these are just big rocks mostly laid out on the ground but with the countryside and sea views surrounding are well worth the visit.

The Megalithic Monuments of Alcalar

The Megalithic Monuments of Alcalar are a group of burial tombs located in Alcalar, just a few kilometres outside Portimão.

Which has been shown to be an important discovery of a prehistoric civilization that occupied the area over 5,000 years ago.

Found in the late 19th century, the megalithic monuments are now classified as a National Portuguese Monument.

The excavation uncovered a village of shrines, trenches and an amazing set of megalithic tombs.

The remains reveal the way the community had lived and their connection with death through different types of tombs and mass graves thought to be intended specifically for their tribal chiefs and their families.

These two monuments are open to the public where visitors learn the processes and materials used in the construction of the burial site.

The Roman Ruins of Milreu are now classified as a National Monument in Portugal which can be found in Estoi in the municipality of Faro.

The Milreu ruins are amongst the most well-preserved evidence of the Roman occupation of the Algarve dating back to the 1st Century up until the 11th Century.

They are mostly made up of the remains of a once luxurious Roman villa with an annexe housing public baths and several surrounding buildings, including a temple, and mausoleum with commercial and industrial structures.

The archaeological site has managed to preserve part of the marine mosaics that decorated the floor and walls of the villa as well as some of the decorative sculptures.

There is also a 15th Century house located on the site and an interpretation centre. Tickets to the Roman ruins and museum cost just two euros and can be bought at the ticket office which is also located there.

3 Bedroom Villa For Sale In Almancil Algarve – this…