Top 5 Great Castles to Visit in The Algarve

Posted in History, Places of Interest On November 18, 2022

Visit The Best Castles in The Algarve

Loulé Castle is of Arab origin but was rebuilt after the city was taken from the Moors.

Romans first occupied the site around the 2nd century, at the time it was the remains of a local Castro.

They transformed it into a defendable military fortress and political-administrative centre.

Classified a National Monument on the 20th of June 1924. With three of the original towers remaining within the town’s castle walls. The remnants of the old Roman City Hall are still located within the structure.

Paderne Castle is found in the municipality of Albufeira. Located just 8.2 kilometres (5.1 mi) from the resort town of Albufeira, along a bend in the Quarteira River.

Built in Taipa or lath and plaster it is believed to be one of the original castles that hold the shield of the Portuguese national flag.

In the middle of the 2nd century, the Romans conquered the Lusitanian stronghold which had been developed many centuries earlier in the New Stone Age.

The Roman settlement was adapted into a military outpost and later an administrative centre named Paderne or Paderna. 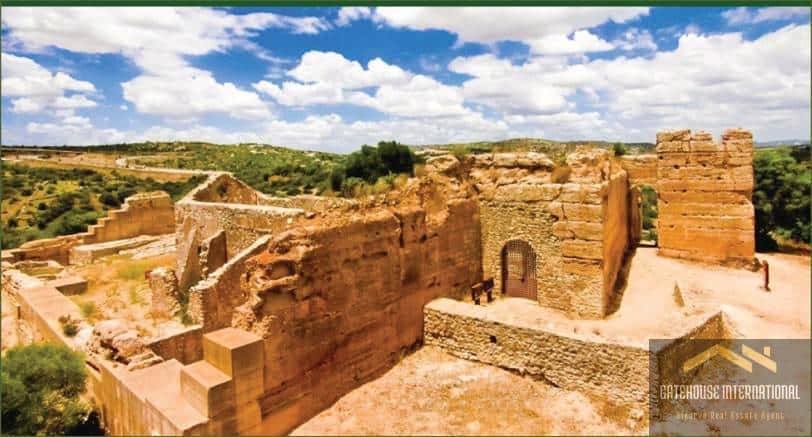 Silves Castle is one of the finest examples of Arab military architecture in Portugal.

The castle is in the civil parish of Silves and in the municipality of Silves in the Algarve.

It’s believed that the first fortifications were built on top of old Lusitanian foundations by the Romans or Visigoths.

Between the 8th and 13th centuries, the castle was occupied by the moors who expanded it to its current size and making it one of the best-preserved Moorish fortifications in Portugal. As such in 1910 it was classified as a National Monument. 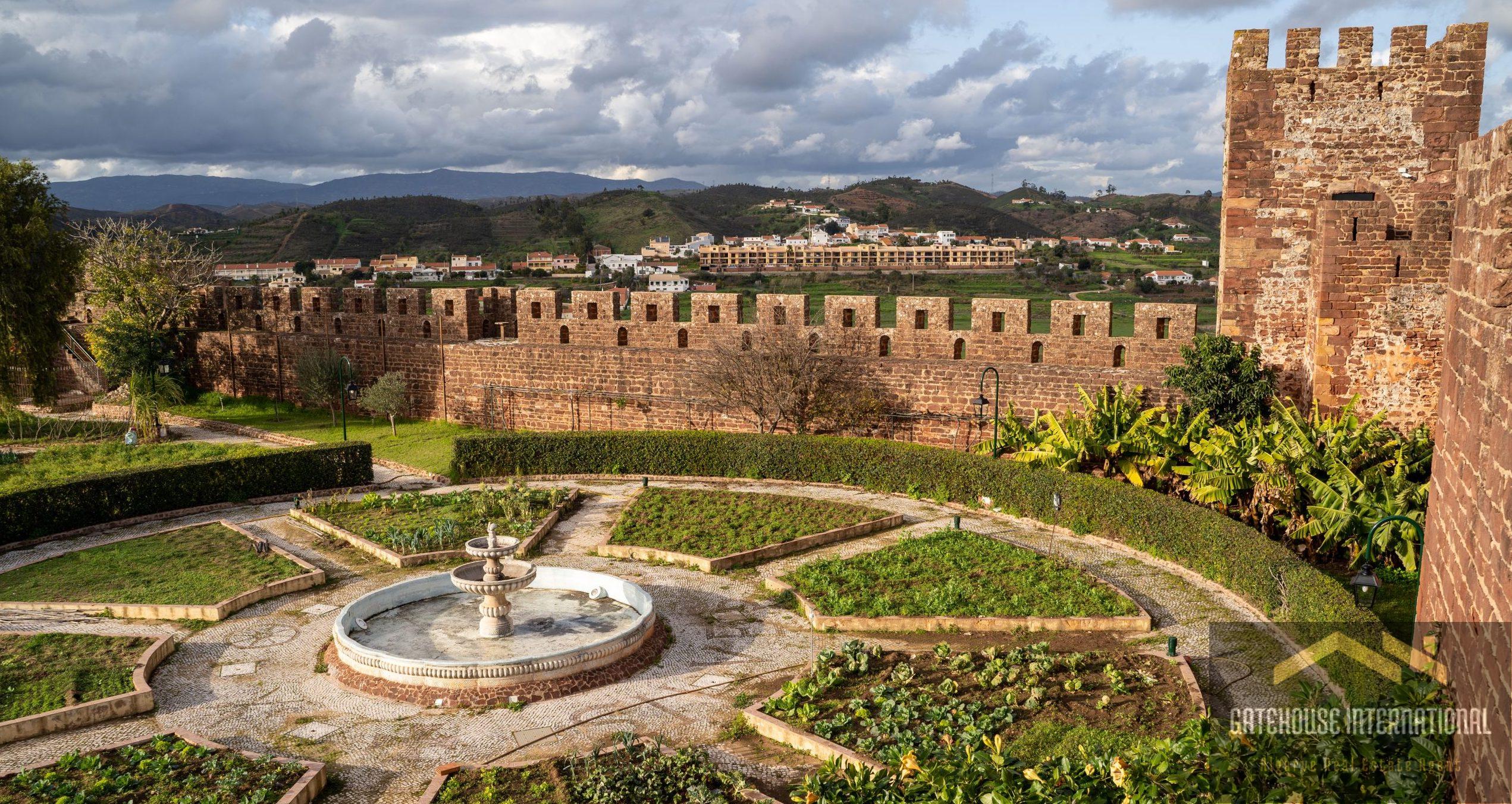 The Castle of Tavira can be found in the parish of Santiago. were originally built by the Phoenicians and later rebuilt during the Arab period. Commanding a dominant position overlooking the mouth of the river Gilão, the settlement has developed as an important seaport since its occupation.

Its predecessors date back to the 8th century BC and have been occupied by Phoenicians, Greeks, Celts, Carthaginians, Romans, Moors and the Portuguese crown

Some sections of the castle and walls still remain and offer magnificent views over the city and the River Gilão.

The Old Castro Marim Castle situated next to the River Guadiana was used to defend the Portuguese border by means of a semi-circular castle wall.

It is a medieval castle perched on a hilltop overlooking the civil parish of Castro Marim, in the Portuguese Algarve.

The castle was part of the defensive line controlled by the Knights Templar and used as a stronghold during the Portuguese Reconquista.

Also adapted during the Restoration War to defend the frontier from the invading Spanish troops.

Castles of the Algarve – Our conclusions

As we are sure you agree the Algarve is steeped in History and there are some most interesting locations to visit, not least the castles of the Algarve which reveal most of that history inside their walls.

Many other interesting sights are waiting for those who have decided to make the Algarve home. If you are searching for an Algarve property take a look around the site we have some great villas and apartments for sale.